Signature Theatre is a Tony Award®-winning, non-profit professional theater company located in Arlington's Shirlington neighborhood. Called a “musical theater powerhouse” by The Washington Post, Signature combines Broadway-caliber productions with intimate playing spaces and aims to be a leading force in U.S. musical theater. Since its inception, the Theatre has produced 56 world premiere works, including 19 new musical commissions, and is home to the single largest musical theater commissioning project in the United States, The American Musical Voices Project.

Signature Theatre was founded in Arlington, Virginia in 1989 and performed out of the Arlington County Gunston Arts Center. In 1993, the company began operating out of a defunct auto-bumper plating garage, and in 2007 Signature moved into a dramatic new building that serves as a cultural anchor of the vibrant Arlington neighborhood, the Village at Shirlington. Today, attracting talent from the D.C. metropolitan region and New York, Signature has grown to reach more than 100,000 people annually from Washington, D.C. and beyond. It garners praise from local and national press including The Washington Post, The New York Times, Entertainment Weekly, The Wall Street Journal, BroadwayWorld.com, Playbill, Time, Variety, USA Today and American Theatre. Signature has won 107 Helen Hayes Awards for excellence in the Washington, D.C. region’s professional theater community, and has been honored with 431 nominations.

For more information about Signature Theatre’s upcoming events and to purchase tickets, please visit their website or stop by their box office at 4200 Campbell Avenue, Arlington, VA.

Signature offers discounts and amenities for groups of 10 or more. Event space is available: add a cocktail hour from Ali’s Bar or catered reception. We Shall Someday Concert at Signature Theatre

Signature heats things up for the summer months with the first cabaret in two years! Inspired by Stevie...

The Color Purple at Signature Theater

Felicia Curry (The Scottsboro Boys) stars in the triumphant musical adaptation of the Pulitzer Prize-winning...

As they say in they say in showbiz, “The show must go on!” Live performing arts programs have returned in a big way to Arlington, so make a night at the theater part of your... 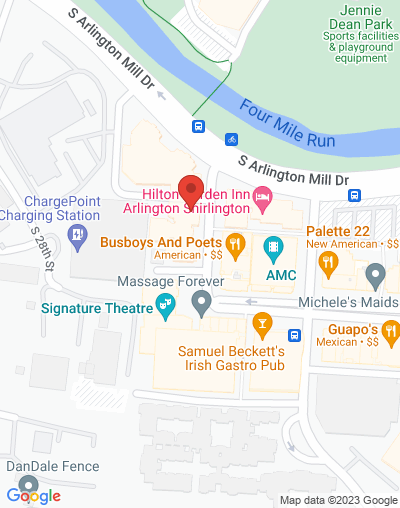