Fashion Centre at Pentagon City offers a world-class shopping experience with its stellar lineup of more than 170 stores and restaurants that include some of the most sought-after names in retail including Macy's, Nordstrom, Apple, Coach, Michael Kors and Tourneau.

Conveniently connected to the Pentagon City Metro Station on the Yellow and Blue Lines, Fashion Centre is a major shopping and tourist destination offering travel incentives for groups, a pre-paid meal voucher program, currency exchange services, and 366 luxury hotel rooms at The Ritz-Carlton, Pentagon City. The mall even features onsite car rentals, allowing you to metro in and drive out.

The skylit food court features a variety of eats from the familiar to the exotic, like the Yong Kang Street serving up the flavors of Taiwan, Hong Kong and China. Looking for something more playful? Try Sugar Factory! Children and celebrities rejoice: It’s “America’s favorite brasserie and candy shop.” The mall also features Naan and Beyond, an Indian Fast Food restaurant offering adapted versions of Indian classics with naan bread Tikka sandwiches. Other restaurants include Matchbox, Shake Shack and Honeygrow.

Enjoy various themed events through the year such as “beauty bars” in the rotunda outside Nordstrom during spring, summer, fall and holiday seasons.

It’s a natural stop for large groups. At Fashion Centre, there’s room for 24 buses not including the 15th Street annex and the mall staff will work with groups to create special programs that include coupon books and travel incentives.

The capital region is an ideal place for an educational trip for your family or students.

The Insider's Guide to Our Outside: Arlington in Bloom

As springtime begins to bloom, it’s the perfect opportunity to disconnect from your daily routine and reconnect during a getaway to Arlington, Virginia – just across the Potomac...

5 Ways to Stay Cool All Summer Long in Arlington, Virginia

Summer in Arlington packs in the fun with outdoor concerts, events and some of the lowest hotel rates of the year. This season also means hot days and the occasional thunderstorm....

Your Guide to Dining at Pentagon Row

Pentagon Row is the place to eat ‘til your soul’s content on a capital trip.

If you’re going to travel to the nation’s capital, come home with a souvenir that’s as meaningful as the trip.

Whether you're eating paleo, sensitive to dairy, allergic to nuts or have Celiac disease, Arlington restaurants have you covered.

Soak in Relaxation on a Capital Visit: Rest Your Feet

One of the best things about the capital region is that you can walk virtually anywhere!

Quick Arlington Itineraries When You Only Have 2 Hours 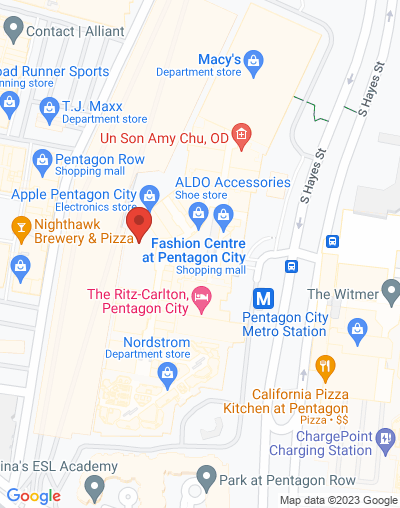