One of Arlington's most photographed memorials, the Marine Corps War Memorial is one of the largest cast bronze sculptures in the world with its 32-foot-high figures sitting atop gilded granite base. The magnificent memorial was based on an iconic, Pulitzer Prize winning photo of the second flag-raising on the island of Iwo Jima during World War II. While the statue depicts one of the most famous incidents of World War II, the memorial is dedicated to all Marines who have given their lives in defense of the United States since 1775.

Often called Iwo Jima, the memorial affords panoramic views of the Washington, D.C. skyline and sights, including the Lincoln Memorial, Washington Monument, and Capitol Building. The memorial grounds are open year-round from 6 a.m. until midnight, and it’s a 10-15 minute walk from either the Rosslyn or Arlington National Cemetery Metro stations. The Netherlands Carillon is a short walk to the south of the memorial. Visitors can find portable toilets, water fountains, and trash cans between the carillon and the Marine Corps War Memorial.

Sightseeing Between Meetings in Arlington

We know your group wants to get out and explore while they’re in town, but time is tight. Here is our guide to quick sightseeing between meetings and events split out by day parts....

12 Hours in Arlington: A One-Day Itinerary for Meeting Planners

On August 1st, we took a group of meeting planners from HelmsBriscoe on a tour of meetings experiences in Arlington, Virginia, and Washington, DC. The planners, most of whom live...

The Washington, D.C., celebration of Independence Day is naturally one of the country’s best, featuring a spectacular fireworks display on the National Mall that illuminates a... 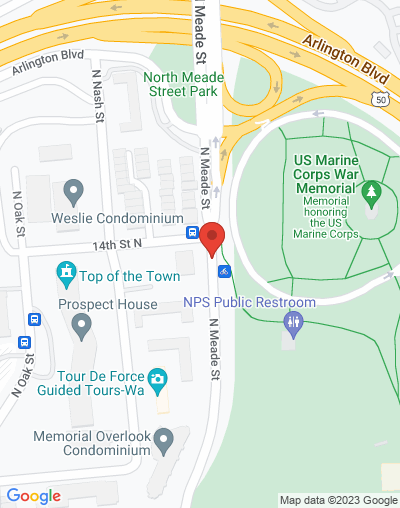